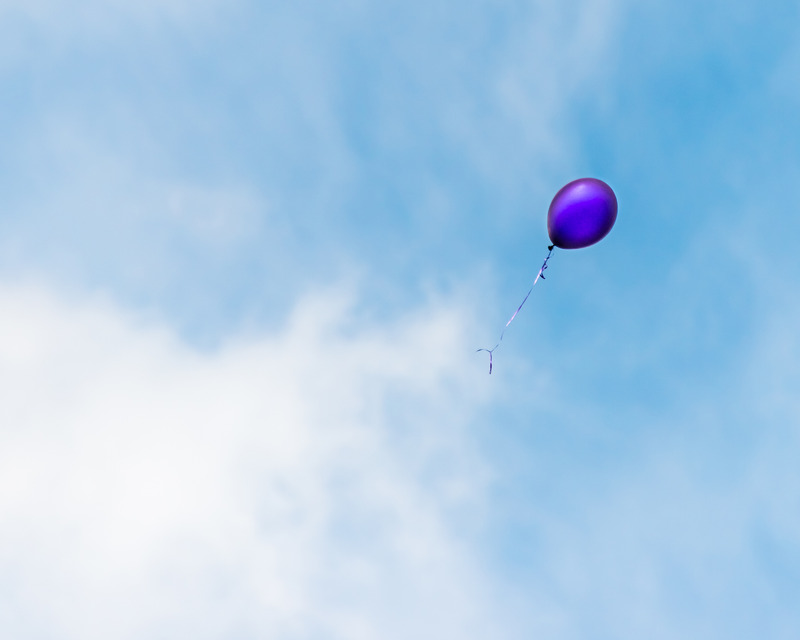 Yesterday, my 5-year-old son earned his choice of a balloon. His eyes lit up when he saw a large green dinosaur balloon floating among the regular circle balloons. Naturally, that is the balloon he chose. Just before the florist handed it to him, he jumped and turned in the air landing with a fist pump. He skipped through the grocery store all the way to the checkout line. I delighted in how carefree he celebrated and danced his way to the car. So did many passersby who stopped to smile at his unbridled joy. 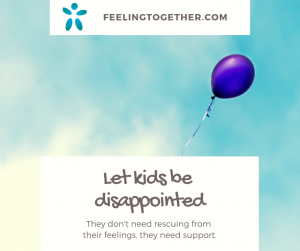 Later that day, he took the balloon outside. Moments later I heard an agonizing cry. I went outside. He told me that he had tripped and fallen on the balloon. It didn’t pop, but it did get loose from the string fixed to the anchor that would keep it from floating away. He asked me if I could reach it. When I told him I could not, he fell to his knees with his arms stretched to the sky. He cried one of the saddest cries I have heard from him.

“I see that you are sad and disappointed,” I mirrored to him as I held him close. He nodded with a pouted lip.

A part of me wanted to make it better. I wanted to go and buy him another balloon. I decided not to. Rather, I sat with my sadness for him as I sat with him in his sadness. we watched as it slowly floated away beyond the tops of the nearby trees.

His brothers also felt his pain. They came up with creative ways to track it down and find it. My 5-year-old suggested that it was on its own adventure.

The next morning he shared that he felt sad that he only had one day with the dinosaur and that the next time he earns a balloon he won’t take it outside. He suggested that rather than meeting aliens, the dinosaur balloon had likely fallen to earth somewhere and died.

In the short amount of time since the “balloon incident” my son held his disappointment, created a temporary story to help him, processed his feelings of loss, and integrated his thinking with his feeling to arrive at what likely happened. He also came to his own experience-based solution about what to do next time.

Instead, he is learning to trust himself to handle large feelings. This will help him as he, rather than his dinosaur balloon, steps out of our home and into the large world “out there.”