Talking to Children about Feelings amid Coronavirus 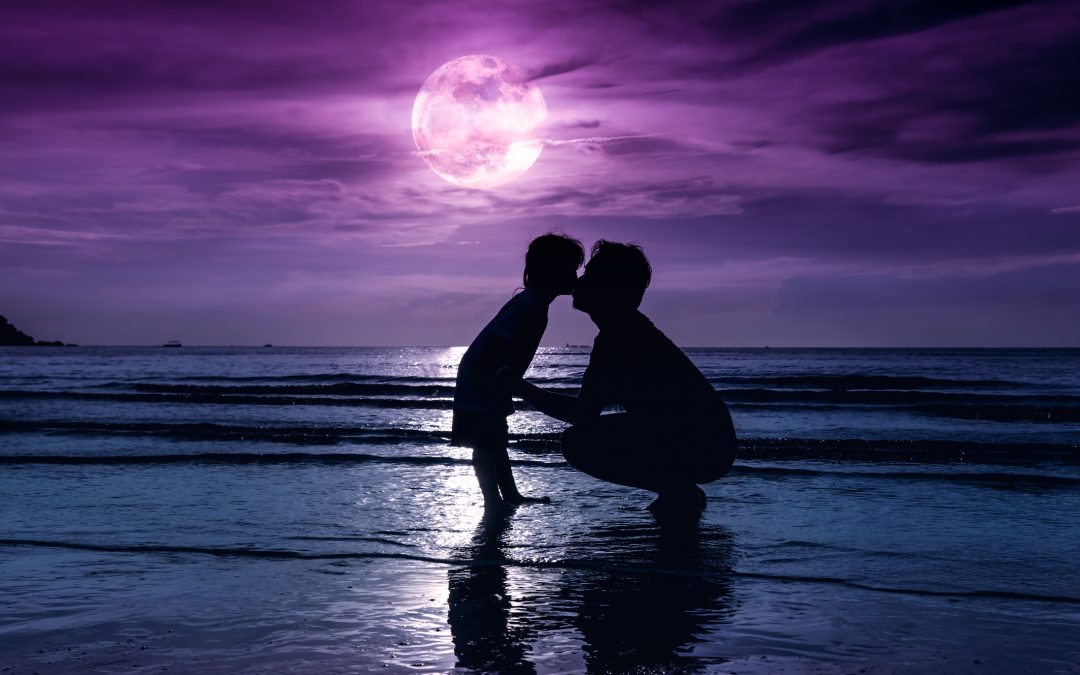 Follow a mother and her 6-year-old son as they explore their emotions amid the coronavirus outbreak. This is a fictional story based on my experiences with my son. He usually explores his feelings at night after I read to him. Lately, he has been exploring feelings of sad, mad, and scare related to Covid19/coronavirus. The boxes located between the dialogue offer my explanations for things the mother and the boy say and don’t say. I hope it helps you on your journey of exploring feelings amidst the coronavirus pandemic.

“Mommy,” Ben said, “I miss my teacher.” He sighed and looked sad.


“Oh?” his mother responded. “Tell me more about your feelings.”

His mother expresses curiosity. She invites more from Ben.

“I miss my friends too,” he said. He looked down at the floor.

He follows up on the invitation and opens up a bit more.


“Come here,” said his mother, as she held out her arms and then lifted the 6-year-old boy onto her lap. “It sounds like you are feeling sad,” she said softly. “Is that right?”

His mother’s words, tone, and body language are congruent as she puts words to his feelings and then asks for confirmation.


“Yes.” Ben rubbed his face into his mother’s neck.

Sometimes, especially for children with limited verbal capacity, there are no words. There are many nonverbal ways children express themselves.


“It’s normal to feel sad,” his mother said. She felt his wet tears run down her neck as he tried to hide his crying from her. “I miss my friends too.”

Ben’s mother validates his feelings and lets him know she feels the same way.


“How long will it be until I get to see them again?”

Ben asks for information. Often times, children feel a sense of safety or control with information. In this case, however, there isn’t a known answer.


“I don’t know,” his mother answered. No matter how long it is, It will feel like a long time.”

Ben’s mother gives an honest answer and trusts that he can handle the truth. She trusts that he can handle the truth better than he would handle: 1. No answer (Giving no answer invites children to fantasize. Fantasies are usually worse than reality.) or 2. A lie (Lying invites children to discount their own feelings as well as their perceptions of others’ feelings and intuition. It weakens the felt sense of the parent-child bond at that moment, and with consistency, over time.).

Ben is nonverbally expressing another feeling through his raised voice. His mom tunes into it.

His mother validates Ben’s desire to have answers. She then puts words to his anger. This implicity gives Ben permission to feel and express anger.


“I hear you. You’re not mad and this is just stupid,” his mother reflected.

His mother adapts the “I to I” couples communication technique (Bader and Pearson, read more here) to parenting and reflects Ben’s words as accurately as she remembers them.


“Yes. Well, I might be a little bit mad.” Ben crossed his arms and looked away.

Ben doesn’t like feeling angry inside. When he feels angry he gets loud. His mom often asks him to be quiet when he gets loud, so he holds it all inside. He needs his mom now and doesn’t want to lose her. Even though this wouldn’t happen, it is how he feels.


“I get mad sometimes too,” his mom said, raising her voice a bit. She made an angry face and growled playfully. Ben relaxed his arms.

His mother validates Ben’s anger and shares that she can relate. By raising her voice and playfully growling, she invites Ben to have a felt sense of being seen … on the inside.

Ben is curious and wants to hear more.


“Yes,” his mom said. She explained something she understands about herself. “Underneath my anger, though, I really feel scared. Feeling mad is one of my clues that I might really be afraid of something. Do you think this might be true for you?”

She shares insight about layered emotions with him. Rather than assume, she asks him if it might be true for him.

“I am scared, mommy,” Ben said. He looked in his mom’s eyes and touched her cheeks. “My teacher told me that I don’t have to be afraid because the coronavirus won’t hurt me. She said it only hurts older people.” He ran his fingers through the graying patch of hair that frames the left side of her face. He then took his index fingers and traced the wrinkles by her eyes.

Ben shares his fear with his mom. Then, his actions tell her more: He sees that she is older and wonders if this virus will kill her.


“That’s usually true,” his mom said as she took his hands and held them in hers. It looks like you are wondering what might happen to me.”

Ben’s mother connects to him nonverbally by touching his hands. Specifically, she connects to the part of him that revealed his “unspoken” fear. She puts words to his nonverbal expressions


“What if something happens to you AND dad?” Ben asked. “Who will take care of me and my brothers?”

Ben uses the vague word “something” instead of a specific word. He emotionally distances himself from the thought of death, indicating that he feels vulnerable.His mother feels sad hearing this and wants to move away from similar vulnerable feelings inside of her. She wants to “make” him feel better too. She sees this as an opportunity to move closer to the vulnerable feelings together. First, she checks out the meaning of the word “something.”


“Are you asking, ‘What would happen if we both die?’” his mom asked.

She intentionally uses the word “die” because it is clear and concrete. She trusts that clarity invites safety.


“Uh-huh,” Ben said. He looked up to lock his eyes with hers.

He indicates he is ready to hear more.


“Your Aunt and Uncle Jordan will take care of you. We already have that agreement in place.”


“They would take care of all of us?” Ben asked as he thought about his three brothers.

“Yes,” his mom said, “Your aunt and uncle will take care of all four of you.” She paused. “I want you to know something. It is very unlikely that we will both die.”

She affirms the plan and adds more information that Ben might not have.

“What if something happens to one of you?”

Ben is observant. He adjusts his curiosity accordingly.

She gives the information clearly, warmly, and matter of factly. It is important for Ben to know that his mother can feel her feelings and take care of him at the same time.


Ben relaxed into his mom’s arms and let out a big sigh. “OK,” he said. Can I go play now?

Ben is satisfied. He feels safe and indicates his feelings are resolved for now. His mother expects more feelings to come up at another time. In the meantime, she takes a bath and has a cup of tea so she can continue to be emotionally available to herself and her children. She asks for support from her partner.

A Note About Feelings

When talking to children about emotions, I discuss four basic feelings: mad, sad, glad, and scared.

Mad lets us know there is a boundary violation. It feels very powerful because it gives us the energy we need to use our resources to renegotiate the boundaries.

Sad lets us know there is a loss to be mourned and we need to find the inner and outer support we need to grieve that loss.

Glad lets us know that as long as we aren’t hurting ourselves, others, or damaging property, we can keep going as we are.

Scare lets us know that we need to prepare for something or put a protection in place.

It is normal for children and adults to feel a variety of feelings when dealing with a big change and challenge, such as the coronavirus. I wrote this story to give an example of the different ways that children move through emotions. The story also gives an example of “layered emotions.” In this example, the child covered the more vulnerable feeling “scare” with “anger.”

When our children are feeling big feelings, rather than try to stop them from feeling, it is important to be curious and invite exploration of them. It is helpful to validate and reflect the feelings, as the parent did in the story.

Finally, be sure to tend to your own emotional well-being so that you will be better able to tend to the feelings of those around you. This is your responsibility. It is not your children’s responsibility to take care of your sadness, fear, or anger.

Author’s Note: This story is based on real conversations I have had with my six-year-old son. The parent character could just as easily have been portrayed as a father because men have the same access to emotions and emotional regulation skills as women.

A fuller version of this story would include vignettes from the deep discussions about how our souls would find each other later if I were to die now, and if my son were to die many years from now. I left that part out because I didn’t want to turn off people of different religious and spiritual beliefs. I plan to include that in another story for those of you who are curious about how to address these anxieties about death and dying that are related to the concept of the eternal soul.